When you convert an already installed Win7 Image in to a Virtual Image or if you do a complete PC restore from one machine to another- you might face the 0x0000007B Stop error.  This will happen in a loop and you have to disable the Auto Restart to see the blue screen error code.  When this error appears windows does not create any memory crash dump because a device driver that the computer boot controller needs is not configured to start during the start-up process. 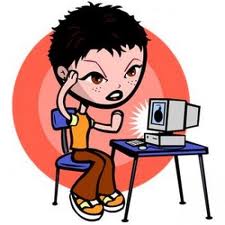 The hitch is that drivers are there but not enabled in an effort to improve boot performance. Only the one required driver (Ide, AHCI, RAID) is loaded to save the boot time.

After trying couple of things for hours I came up with following steps that consistently worked for me:

Boot to Baremetal Windows ( If it’s a VHD then mount the VHD)
Depending on what interface you have, you need to change the start value of corresponding registry entry to load the driver. If the value is 3, that driver would not load.  So if you are going from AHCI to IDE, which is the case in most of P2V then
Open regedit.
[HKEY_LOCAL_MACHINE\SYSTEM\ControlSet001\Services\IntelIde]
Change the data for value "Start" from "3" to "0".
6a.Also repeat for: HKLM/System/CurrentControlSet001/Services/ and edit the "Start" parameter to the corresponding value from the list:
Aliide = 3
Amdide =3
Atapi = 0
Cmdide = 3
iaStorV = 3
intelide = 0
msahci = 3
pciide = 3

How to Switch between IDE/AHCI/RAID

The registry changes which allow you to switch between Ide, Ahci and non-member raid modes in windows 7 using a single disk without re-installing

Go into the registry using regedit and change each of the "start" values in the registry keys below from 3 to 0 and this will allow you to change between the different modes by just changing the option in your Bios each time you reboot.

Email ThisBlogThis!Share to TwitterShare to FacebookShare to Pinterest
Labels: Windows

This is exactly the info I was looking for. I saw other sites mentioning VMWare or VirtualBox conversion tools. But these were not necessary. I fixed the non-booting Xen VM (Windows 7) with your tricks.
Worked right away. Thanks a lot.
Jan den Ouden

Great post among other usual misleading/dead end paths.
This is like 90% situations I have when cloning OS. Really, I have no idea why MS Auto repair almost never gets this right.

I was cloning with clonezilla from a new PC win7 AHCI installed, to a old PC that have no ACHI/IDE option in BIOS. I had error 0x0000007B after it. I've changed the registry on the recovery console and it works!
You didn't made my day... You made my 3 weeks with that! Thanks a lot