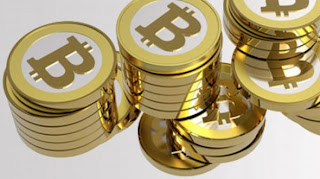 What is a Bitcoin?
Bitcoin is a digital powered by peer to peer network used primarily for internet transaction.

Bitcoin address:
Based on digital signatures, payments are made to bitcoin "addresses" or "public keys": human-readable strings of numbers and letters around 33 characters in length, always beginning with the digit 1 or 3, as in the example of 175tWpb8K1S7NmH4Zx6rewF9WQrcZv245W.

Users obtain new bitcoin addresses as necessary; these are stored in a wallet file with links to cryptographic passwords or "private keys" that enable access to and transfer of bitcoins. A file or "wallet" containing bitcoin addresses is usually encrypted with an additional password.

Bitcoin Miner is basically a bitcoin server. Bitcoin has its own exchange like regular stock market where you can buy and sell bitcoin.