Some great example of Corporate and Business Strategies 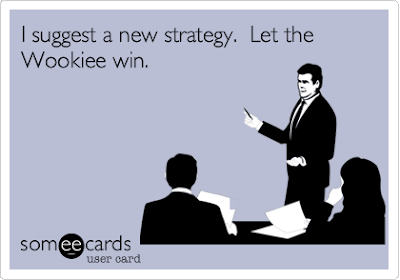 In my strategy Analysis Capstone class, we discusses many examples of different types of Corporate and Business strategies that companies have used in past to create a unique position or to spur the growth.

Here are few example I remember from our discussion:


NINTENDO Blue Ocean Strategy:
Nintendo has been employing the Blue Ocean Strategy method for many years with a great deal of success, for example with the systematic development of innovations such as Nintendo DS or Nintendo Wii.
With Nintendo Wii they departed from a Red Ocean dominated by Sony’s Playstation and Microsoft’s Xbox by creating a totally new video game concept. On one hand the Wii created new benefits, such as innovative, intuitive control with movement sensors. On the other hand it generated massive cost reductions eliminating high end graphics and CPU power. Thus Nintendo was able to sell the Wii at a price that appealed to the mass public. This new recipe for success made the Wii extremely popular and accessible for a new, unconventional target group, ranging from women to senior citizens.

THE BODY SHOP Blue Ocean Strategy:
The Body Shop also created a Blue Ocean – and in the fiercely competitive cosmetics industry. The Body Shop ignored most glamorous aspects of the industry. Instead The Body Shop designed its image around functionality, reduced prices and modest packaging. Increased value was given to natural ingredients, a healthy lifestyle and ethical concerns. As a result The Body Shop’s products spoke to a totally new group of customers and achieved a high degree of cost savings (generally approx. 85% of costs in the cosmetics industry arise from packaging and advertising).

Apple- A fast follower and category killer
I admire Apple for their strategy which seems to be not investing the incredible amount of R&D spending required to create and entirely new product, device or category. Instead, they take an under-performing or poorly designed product and apply their Apple design know how magic to and create a category killer. Examples of this would be:
- iPods replacing the Walkman
- iPhones replacing a multitude of smart phones
- iPads reinventing a slow selling category with a great product
- iTunes replacing a fragmented and incomplete smattering of services
- Apple Pay and Apple Watch: too soon to judge at this point

Coke's secret Formula not patented - A master Class Strategy
The hype and mystery created by Coca Cola Company around its secret formula and the fact that they have not patented it is a master class of a strategy.
Firstly, the mystery created around the secret formula and that it being kept safe in a vault in a museum creates a lot of hype and generated attraction among consumers for Coca Cola. People would want to try a product that claims to keep its trade secret to an extent where the company claims that at any given point in time only two of its undisclosed executives would know the recipe and that the company does not allow the two to travel together. All this secrecy generates a lot of attention to the product which is great for the product marketing.
Secondly, the decision of not patenting it was a great strategy in itself. By not patenting it, they have made sure that they would not have to disclose the recipe to anyone ever which would not have been the case had they patented the recipe. They would have had to disclose the recipe once the duration of the patent expired.

Nike’s strategy to use hero athlete to promote the brand:
Nike's excellence marketing strategies are their energy to achieve their market goals. Nike believes the "pyramid influence" that the preferences of a small percentage of top athletes influence the product and brand choice. So Nike contracted with many athletes' spokesperson, professional teams and college athletic teams to advertise and promote their products to customers.

Wallmart cost leadership strategy:
A business strategy that has proven to be very effective for Walmart can also work well for small businesses: the strategy of being a cost leader. Businesses that consciously choose to position their company as a provider of products or services at the low end of the pricing point compared to their competitors believe that they can make up in volume what they may forfeit in terms of a high price point.

Rolex Luxury Brand Strategy:
Some companies choose to position their products and services at the high end of the competitive pricing scale. Brands like Rolex is examples of this. Luxury brands appeal to a distinct group of consumers with ample disposable income and the desire to purchase exclusive products. Companies that choose this strategy are able to increase their ROI (return on investment) through product cost versus volume. Their customers may be fewer, but they will buy more expensively.


Adobe: Boxed Software to Cloud Subscription
Adobe, mainly known for creative software, completely stopped shipping boxed software after Creative Suite 6 release in 2012. Customer can only get the software through cloud subscription. This was a big strategy shift from selling software as product to selling software as services. Customer now need to pay monthly subscription fee (~$10-$50) which is much less than the boxed software price (~$300-$2500).  Adobe was very transparent with Wall Street and Wall Street rewarded company for during transition (stock price keeps going up even when revenue were declining). Company has now very predictable revenue as customer are locked to the service once they subscribe to it. This move also reduced piracy because company regularly checks validity of the software installed on customer machine.

Netflix: Consistent Reinvention to Maintain Market Relevance
Netflix emerged into the home entertainment space in the late 1990s as an alternative to traditional movie-rental options such as Blockbuster or local video stores. However, market trends began to evolve with the emergence of smart TVs and tablet devices, forcing Netflix to restructure their business model. They were able to reinvent themselves as an online streaming platform for both immediate viewing and modernized device watching, while still maintaining their fundamental business as a 3rd Party rental entertainment distributor. This shift has prevented them from becoming obsolete and allowed them to maintain market relevance and grow market share.
Most recently Netflix has reinvented themselves again, this time as a content provider, offering original programming exclusive to their subscribers. This fluid structure and strategy of adapting with industry trends has resulted in a strong revenue growth, a loyal consumer base and increasing market share and reach.

Automattic – Distributed employment Strategy
Automattic is almost 100% a virtual company - the (current) 306 employees work from all over the world - collaborating via Slack (online chat platform), WordPress blog sites and email.  Various teams have in person "meet-ups" - usually a week long - once or twice a year.  Automattic is amazingly successful with this fairly unusual set-up, particularly given the size, scope and complexity of managing WordPress.com - which has more than 15 billion page views per month!   The teams are mostly self-managed - Automattic has relatively little hierarchy.

Cisco's Software Defined Network (SDN) strategy
In the past few years Cisco has invested heavily into its software business units. This investment is paying off as Cisco is capitalizing on the growing trend of smart phone and tablet users who are connected through the cloud. By exposing APIs through software running on top of its legacy controllers, Cisco is building an open platform for third party developers. Along with that Cisco is simplifying its software licensing model and working with software development community to maintain the simplicity. With acquisitions like Insieme Networks, the company that was originally formed by Cisco, Cisco is in a good position to capture SDN market with its highly scalable hardware centric SDN strategy.

Company Split Strategy (e.g. HP, Symentec/Ebay)
We have read the news of HP/Symantec, Ebay splitting in two companies in last quarter. The main reasoning behind these decision seems opposite of merger which assumes that the value of one+one if greater than two. Companies usually go for a split decisions when they think that splitting the business in two parts will generate greater shareholder value than in its current status. This typically happen, when business unit within a company are highly diversified and not able to generate the synergies and innovate. Splitting in two can potentially remove some bureaucracy, makes teams more nimble and keep a focus and R&D where it’s needed.
Google's Android strategy
I am amazed by the absolute brilliance of Google's Android strategy. If google had not made Android an open platforms, it would not have the success it is enjoying today in Mobile market space. As other companies(Apple, Blackberry, Microsoft) were working on creating proprietary mobile platforms, which might have locked out the future opportunities for Google to distribute services and sell ads on devices like smartphones.
The beauty of the "open" Android approach, is that Google has an army of partners racing as fast as they can to fill every conceivable gap left by Apple, BlackBerry, and any other commercial phone vendor. Android went from one of Google's many pilot projects in 2007 to become the top smartphone platform in the world by 2010. Commercial platforms like Windows Phone are struggling because Android turned the mobile device operating system into a commodity. The exponential growth of mobile and tablet devices in developing countries would not have been possible without this strategy. These days you can easily buy a decent Android smartphone or tablet for ~$50. The "open" Android strategy not just helped in stopping the iPhone from taking over the world but it will help beat back any other threat to Google core business as well.

Use of Analytic in Professional Sports:
While baseball and basketball are on the forefront of the analytics movement, other sports are beginning to employ the strategy too. Football, with its evaluation of a running backs value, has been impacted by analytics. Hockey and soccer teams also have analytics departments. Moving forward, the use of analytics is going to drastically change the way sports are evaluated and consumed. With the stakes so high to succeed, teams will continue to analyze and come up with new statistics that provide more and more information. As a strategic trend in its infancy, it’s almost scary to think of the potential analytics have-to the point that they soon will have a better understanding of a player and their decisions than the player themselves, leading to the potential of predicting with high accuracy the outcome of sporting contests before they begin.

Gandhi, Martin Luther King, Mandela and others -- fighting violence with non-violence
I've been fascinated with how in the face of incredible violence leaders like Gandhi and King were able to convince their followers that the best way to fight violence is to go without any weapons, be willing to die and count on the court of public opinion and the conscience of the enemy to defeat them. It won't work against ISIS or Bin Laden .. but how were Gandhi, King and Mandela able to convince millions of followers that willing to be hurt or even die is the best winning strategy is fascinating.